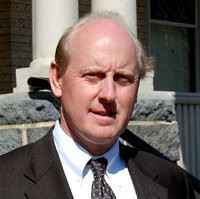 Terry is a Licensed Insurance Adviser and has been in the insurance and risk management industry for more than 30 years.  He graduated from the College of the Holy Cross with a BA in economics in 1985. He holds an MBA from Babson College with a concentration in finance.

He has a designation as Chartered Property and Casualty Underwriter from the American Institute in Malvern, Pennsylvania.

Terry worked at Travelers Insurance Company as a commercial underwriter and then at Sullivan, Garrity and Donnelly Insurance Agency for more than 30 years until selling it to a national equity group. He has extensive experience in all types of insurance.

He looks forward to leveraging new and prior insurance relationships to build a new long term business for the benefit of the next generation.