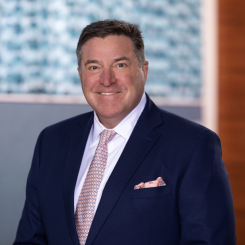 President and CEO of the Sullivan Group, John Andreoli is a Licensed Insurance Adviser and has been in the insurance and risk management industry, with Sullivan Insurance Group since 1983.

He earned the Chartered Property Casualty Underwriter (CPCU) designation from the American Institute for Property and Liability Underwriters in Malvern, Pennsylvania.

John served as Chairman of the Board of Trustees at Saint Vincent Hospital/Worcester Medical Center from 2000-2004 and as a Trustee from 1997-2013. He served as 2003 Campaign Chair and as Director for the United Way of Central Massachusetts and as Director from 2002-2006. He most recently served as a Community Trustee on the Board of Directors at Reliant Medical Group from 2013-2017 and Massachusetts Assurance Co., LTD.

John currently serves on the Board of Directors at Unibank for Savings (Executive Committee) and Salmon Health & Retirement.