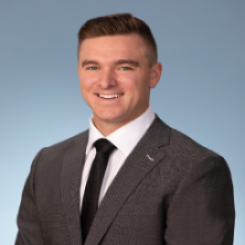 John Andreoli joins Sullivan Group on a limited basis during the Major League Baseball off-seasons of his professional baseball career. He is in his 12th professional season with the Minnesota Twins organization. He is responsible for business development and is a licensed producer in both property and casualty insurance.

John graduated from the University of Connecticut (BS Finance) in 2012 where he earned All-Big East, All-American, NCAA Baseball All-Tournament Team, and Big East All-Academic honors.  His teams won the Big East Conference Championship in 2011 and appeared in two consecutive NCAA Division I Baseball tournaments advancing to the Super Regional tournament in 2011. John played two years in the Cape Cod League for the Wareham Gatemen, and was a Cape Cod League All-Star in 2011.

John was drafted in the 17th Round of the 2011 MLB draft by the Chicago Cubs and played six years in the Cubs’ Minor League system, including three years in AAA with the Iowa Cubs. He was named an organizational all-star three times.

John played for the Italian National baseball team in the 2017 World Baseball Classic. He hit three home runs in three games for Italy, but his team was eliminated from Pool D which included Mexico, Venezuela, and Puerto Rico. He rejoined Team Italy in the 2020 Olympic Qualifier in Italy.

John made his Major League debut with the Seattle Mariners in May of 2018 against the Oakland Athletics. He played the last two months of the 2018 season as a member of the Baltimore Orioles. He began the 2020 season with the Boston Red Sox where he was named to the 60-man player pool. In 2021 John played in the San Diego Padres organization, with the major league club during a 9 game winning streak in May.